A popular sitcom trope is the road trip – having the characters packed into a car on an adventure is certain to produce conflict and amusing moments. These episodes are especially memorable because they take place outside of the usual setting, with the characters therefore out of their comfort zones.

Whether it’s Bart and friends taking a joyride to the Knoxville Sunsphere in The Simpsons or the Always Sunny gang’s unsuccessful attempt to leave Philly, these road trip episodes are tremendously funny and sure to inspire viewers to pack their bags and get in the car.

This fan-favorite episode of Gilmore Girls has many classic moments such as Rory and Lorelai’s time at the Cheshire Cat Inn. The plot hits all the classic road-trip beats, including getting lost, having to stay in a bizarre inn, and coming to a realization: in this case, Lorelai makes the decision to open the Dragonfly Inn.

Most importantly, though, their road trip sees them end up at Harvard, where Lorelai tells her daughter Rory that she has a big future ahead of her. It’s a great episode because it pushes along one of the central throughlines in Rory’s arc – her ambitions of attending a prestigious university, and she is especially inspired after their trip.

After visiting Nakatomi Plaza from Jake’s favorite film Die Hard, the 99th squad has to make it back to New York in time for Holt’s Commissioner interview. A classic cross-country caper à la Planes, Trains, and Automobiles ensues, in which they rent an RV, stay on a farm with Boyle’s strange cousins, and hitch a ride in a cattle trailer.

Aside from the hilarious road trip escapades, the episode features Rosa’s coming out, which was affecting and respectfully handled by the writers and actors. It’s also a milestone episode, being the show’s 99th overall.

This underrated episode of The Simpsons sees Bart, Milhouse, Martin, and Nelson hire a car and head to Knoxville World’s Fair with its giant “Sunsphere.” Along the way, the boys stop in Branson, Missouri, which is “like Vegas if it was run by Ned Flanders.” And when they finally make it to Knoxville, their car breaks down leaving them stranded.

This episode is so good because it’s Bart totally unchained – he has complete freedom and employs it so well, from driving a rental car at 10-years-old to coming up with the “National Grammar Rodeo” alibi. There are also some very quotable scenes, such as the father driving a neighboring car who screams, “That’s it, back to Winnipeg!”

This is one of the more disastrous road trips on the list. The Paddy’s Pub gang attempts to drive to the Grand Canyon but doesn’t even make it out of Philadelphia because a number of things go awry and they repeatedly get distracted, such as when they buy furniture and a BBQ for the U-Haul. The nail in the coffin comes when they pick up a hitchhiker who steals their car while they’re asleep.

RELATED: 10 Times The Gang Should Have Gone To Jail On It’s Always Sunny In Philadelphia

As far as chaotic situations go, this is far from one of the gang’s worst scrapes. Nevertheless, the episode is so good because it reinforces the idea that the show can’t exist outside of Philly. The setting is so integral; no matter how hard they try, every member of the gang is unable to leave or move on to anything better. Charlie eating his first-ever pear is also a highlight.

This is the first of Brian and Stewie’s “Road to…” episodes, of which there are now eight (and counting). The duo makes their way across the country from their grandparents’ house in Palm Springs back to Quahog. Along the way, they stay at a dilapidated motel, their plane tickets get stolen, and they sing an impromptu musical number while riding a freight train.

It’s a miracle that a dog and a baby were able to make it thousand of miles back home, but Brian and Stewie have proven themselves highly capable on a number of occasions and are very well-traveled. There are many episodes of Family Guy in which they embark on a journey, but this one is notable because it’s the one that started it all, and is one of the few things about season 2 that have aged well and will always be funny.

In this episode of Parks & Rec, Chris sends Leslie and Ben on an overnight trip to Indianapolis. They have feelings for one other, which is strictly forbidden by Chris, so an overnight stay and a long drive together is a problematic combo. Leslie’s solution is to make a mixtape of irritating banjo music and keep to boring topics of conversation so that neither of them will feel particularly romantic.

This episode is notable because it introduces the Leslie-Ben romance, one of the best storylines in Parks & Recreation. In addition, it features the couple’s first kiss, Ben telling Leslie how he feels about her, and some really funny moments, such as the anti-love speech Leslie asks Ann to give her over the phone. None of this would have happened were it not for their unplanned road trip.

4 People Just Do Nothing – “Ipswich”

Kurupt FM’s first gig outside of West London takes them across the country, to Ipswich. The drive is one of the funniest on this list, with Chabuddy imitating a GPS despite having no clue where they’re going and Grindah saying that a long drive is “pass the parcel” of life on the road.

There are plenty of other road trip staples: Steves gets travel sickness and accidentally left behind, they stop to take photos of crude town names, and their actual destination proves severely underwhelming as the gig goes terribly. The premise of the episode is also referenced in the new movie, Big In Japan.

This late-era episode of Community opens with the group packed into an RV with a giant hand strapped to its roof. After everyone charges their phones at the same time, the vehicle breaks down, leaving them stranded overnight in a Rocky Mountain overpass. The episode is packed with meta-references in typical Community fashion, including Abed consistently suggesting that they need a “three weeks earlier” flashback to clear up the “narrative pipe.”

This episode is great because it turns the road trip plot on its head, pulls apart the components, and leaves the audience with a progressive and hilarious end result. It’s more of a challenging watch than others on this list because of its structure. The writers don’t hand over all the facts right away; they make the audience catch up by themselves.

2 How I Met Your Mother – “Duel Citizenship”

Marshall and Ted plan to take a bros’ trip to Chicago like “old times,” with beef jerky, singalongs to the Proclaimers, and irresponsible dares. However, Lily tags along at the last minute, making Ted the third wheel. He takes drastic measures and tricks Marshall into getting in the car without Lily, whereupon they ditch her and head to Chicago.

The episode delivers the lesson that, if you try and recreate old times, you’re bound to fail. Instead, after Ted and Marshall’s argument, they realize that they need to set aside some time for just them, and some time for them as a three, with Lily. Pair this lesson with HIMYM‘s fast-paced comedy – a highlight is Jason Segel wearing a bathrobe in a bug-infested pizza joint – and it’s a thoroughly great road trip sitcom episode.

“Lecture Circuit” sees Michael and Pam head off to other Dunder Mifflin branches where Michael gives motivational lectures. The episode includes the famous Wayne Gretzky quote that Michael attributes to himself; his interrogation of A.J., Holly’s new boyfriend; and his insane idea of cutting Holly’s cardigan sleeve to take home as a memento.

Pam and Michael stay in motels (separate rooms), eat at roadside diners, and share some poignant moments after Michael finds out about Holly’s boyfriend. This classic two-parter is notable for developing Pam and Michael’s relationship, which had largely been faintly antagonistic up until this point. After this episode, Pam saw a new emotional side to Michael and viewers did too.

NEXT: 10 Best Birthday Episodes Of Sitcoms


Next
Which SpongeBob Character Are You, Based On Your Zodiac?

Hayden Merrick is a writer and editor based on the south coast of England. After graduating from the University of Exeter’s postgraduate English and Creative Writing program, he went on to work for the prestigious publishing house Oxford University Press. In addition to Screen Rant, he contributes to the satirical comedy magazine The Oxymoron and the music magazine Nightshift. 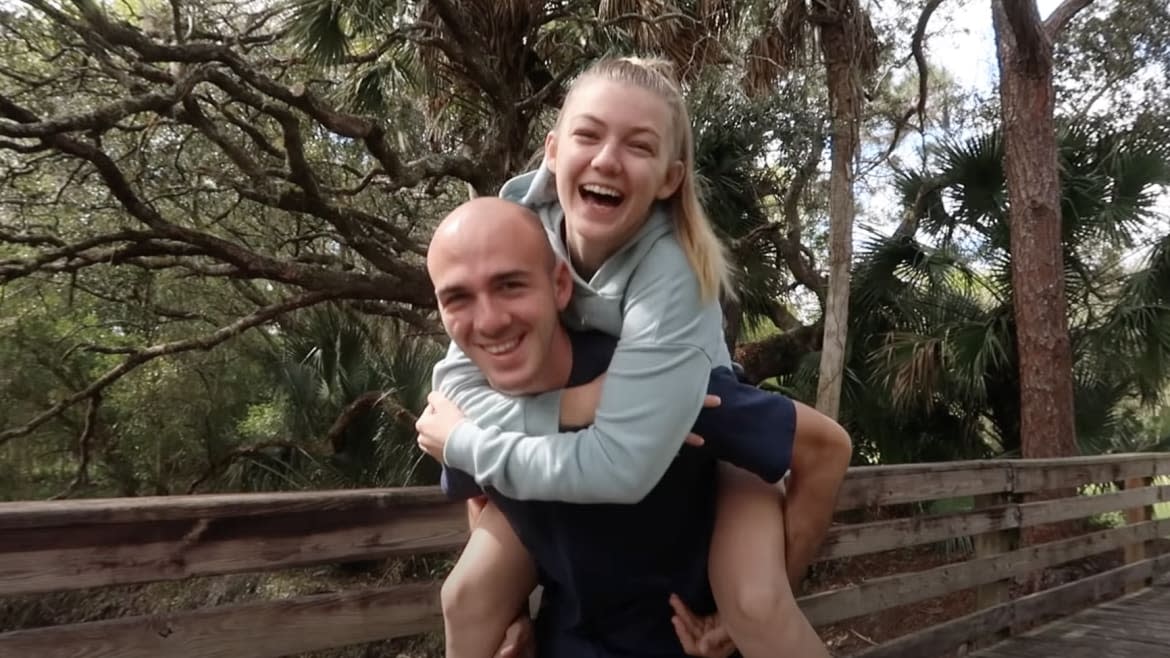